Analyst: iPhone 13 may be a satellite phone

If the latest speculation from analyst Ming-Chi Kuo is true, it means you could make calls from the mountain or do video chats while at sea. 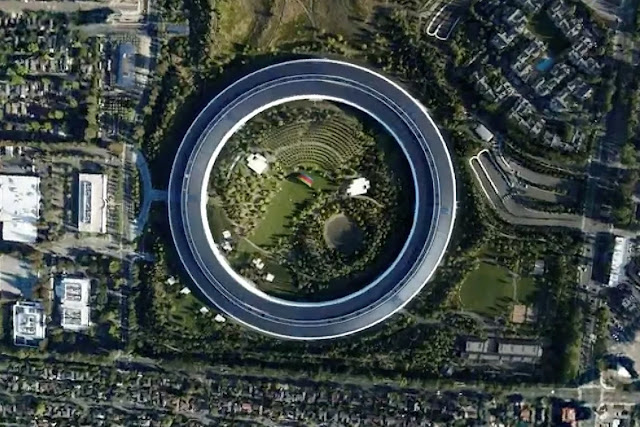 When it comes to the future of Apple, it may be significant that reports this weekend claim CEO Tim Cook is now searching for a successor. But for the immediate future of your business, it may be even more important to learn that the iPhone 13 may support satellite communications.

We’ve heard whispers Apple may be reaching for the stars. We know the company is working with others to develop 6G, and that part of that standard includes the capacity to broadcast data at high rates across very, very long distances. But the latest report from the uncannily accurate pen of analyst Ming-Chi Kuo is that he expects Apple’s next-generation iPhone 13 will feature a low-earth-orbit (LEO) satellite communication mode, thanks to a Qualcomm X60 baseband modem chip.

In theory, this would let iPhone 13 users send messages and make calls using satellite networks. Kuo also speculates that LEO may be used in Apple’s AR headset, the Apple Car, and other connected accessories. But we don’t know how these features will be deployed, or even whether they will be.

We can speculate that this could mean free Messages to other iPhone users on a global basis; it could become an additional iCloud+ service offering enhanced communication for international users that sidesteps the insecurity of local networks, and it could simply require a subscription to a satellite communication provider.

If the latter, informed speculation suggests Globalstar as the most likely satellite operator to cooperate with Apple on the plan. Globalstar offers a range of devices and coverage plans, but as a guide, it currently charges $200/month for its Orbit Unlimited plan, which promises unlimited voice calls. There are other operators using LEO, including Starling, Hughesnet, OneWeb, and more recently, Immarsat, but we don’t know if any of these are supported. We do know that Globalstar stock has climbed 50% on the strength of these claims.

A glance at the status of global mobile broadband and network coverage shows many regions on a national and international basis that are not yet switched on for access. This has prompted all kinds of solutions, including the use of satellite “hubs” to provide access to some remote areas.

On a more generic basis, there are multiple industries working in remote areas of the US that require robust connectivity but lack access to cellular. The satellite can fill this gap, particularly at sea, where maritime connectivity is a big business. The use of satellites is also potentially valuable to enterprises seeking solutions for ultra-private communications off the public grid.

While these services do support data, it does seem unlikely you’ll be using these connections to download the latest Ted Lasso episode, though some might take a little pleasure in watching the friendly football coach while on a cargo vessel in the Atlantic Ocean.

We can’t know that Apple plans any of this. But in the event the company were to introduce satellite comms in iPhones, there would be plenty of existing markets that might want to explore the technology; the cost of doing so will inevitably limit adoption, however. There aren’t too many consumers willing to spent $2,400 a year just so they can send unlimited messages to their mates when in areas of poor mobile reception.

At least, not yet.

If Kuo is correct, then it seems Apple’s top brass is quite confident in these plans. He states teams have been researching this for "some time" and are "optimistic." We've heard enough subdued rumors to confirm interest over the last few years.

This is bound to interest enterprises seeking to deploy satellite communications across their international teams. But Kuo’s other claim is that one reason for the move is to help Apple develop “innovative user experiences that can be integrated with new products.”

After all, in the event iPhones become internationally connected on a global basis, then they become bridges to support IoT deployments on a global scale. Cars and AR glasses might be the icing on the cake, but the potential is for Apple to leverage this connectivity to underpin development (or even acquisition) of a global satellite data and communications network.

Apple is expected to introduce iPhone 13 in mid-September, possibly on Sept. 17 for release a week later.

Forums are one of the best ways to engage with customers or make engaging audiences on any subject. And that's why it's extremely important to start with solid knowledge. This ultimate tutorial will help you learn how to create a forum website, make it a successful online business and earn money from it.  I can help you learn what it takes to create a forum and make it a success because I've already done it. Yes, I have made  H-Educate Forums  a successful platform for members to learn about  digital marketing . Stats from  H-Educate  Forums And since its inception,  It has helped hundreds of thousands of people across the globe Attracted over 20,400 members at the time of writing this post They've discussed over 1879 topics on  H-Educate  Forums And they've created over 19,500 posts on the forum Do you want to attract that much or even more engagements online? Read on to create a forum and make it a business success online. But before that, you may wonder if it' As we all known aware that technologies are now developing at a rapid pace. Today we will learn some ways that how IoT plays a significant role in our business..!!! So, the internet of things is one of the biggest trends emerging nowadays as we know all technological devices can be connected to the internet and to each other also. So, the internet of things is basically the interconnection of devices over the internet, it allows devices to communicate with us, with applications, and with many other devices. There are some important advantages of IoT mentioned below - Business Opportunities: IOT build strong business cases increase return on investment and offer opportunities for new business by introducing a new way to interact with customers, production, workflow, etc. it helps companies to benefit by offering the practical solutions evolved by advanced business services and models. Enhance productivity: IoT provide real-time training to employees, help them to create bet