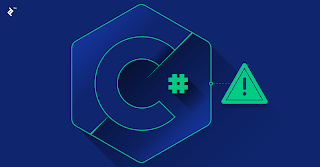 C# language is also recognized as C sharp language. C# is a programming language of .Net
Framework; it is one of the most popular programming languages introduced by Microsoft,
especially used as the language that runs in the backend. It is used to develop software for the
Microsoft platform but also used to develop software for, Android, Linux, and iOS systems as
well. C# is highly multilateral and can be used to create a tone of projects, including but not
limited to mobile apps, enterprise software, cloud-based services, and games.
Also, it enables developers to build solutions for the wide range of clients, including Microsoft
Windows Forms-based applications Web applications, and smart-client devices. The purpose of
C# is a programming language that is easy to learn and supports modern-day functionality for
all kind of software development.

Forums are one of the best ways to engage with customers or make engaging audiences on any subject. And that's why it's extremely important to start with solid knowledge. This ultimate tutorial will help you learn how to create a forum website, make it a successful online business and earn money from it.  I can help you learn what it takes to create a forum and make it a success because I've already done it. Yes, I have made  H-Educate Forums  a successful platform for members to learn about  digital marketing . Stats from  H-Educate  Forums And since its inception,  It has helped hundreds of thousands of people across the globe Attracted over 20,400 members at the time of writing this post They've discussed over 1879 topics on  H-Educate  Forums And they've created over 19,500 posts on the forum Do you want to attract that much or even more engagements online? Read on to create a forum and make it a business success online. But before that, you may wonder if it'

Android Crypto Mining: How to Mine Crypto on Phone (2021) | H-educate

As we all known aware that technologies are now developing at a rapid pace. Today we will learn some ways that how IoT plays a significant role in our business..!!! So, the internet of things is one of the biggest trends emerging nowadays as we know all technological devices can be connected to the internet and to each other also. So, the internet of things is basically the interconnection of devices over the internet, it allows devices to communicate with us, with applications, and with many other devices. There are some important advantages of IoT mentioned below - Business Opportunities: IOT build strong business cases increase return on investment and offer opportunities for new business by introducing a new way to interact with customers, production, workflow, etc. it helps companies to benefit by offering the practical solutions evolved by advanced business services and models. Enhance productivity: IoT provide real-time training to employees, help them to create bet